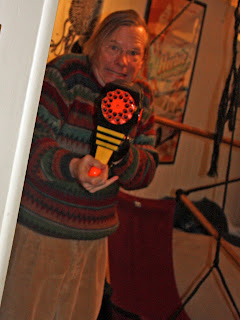 Buddy was outnumbered, but what he lacked in numbers he made up for in passion, formidable firing faces, and ingenuity. He pioneered the "leave through the basement door and run around the outside of the house to execute a surprise attack in the living room" technique, which proved very effective and hilarious to onlookers (me). 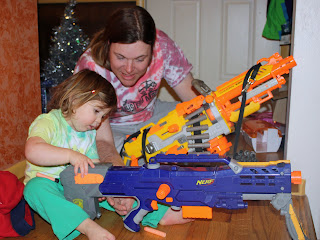 I also particularly liked Steve's tenderness as he taught Sasha to wield her weapon. It's sweet that they can share father-daughter moments like that. 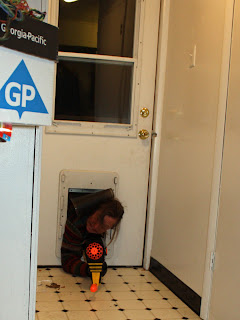 Unfortunately for Buddy, you can only use the "run around the outside of the house" attack once - it loses its element of surprise the second time. He learned this the hard way as Steve and Sam ran madly around the house locking all of the doors and forcing Buddy to return through the doggie door. Now that's a good culmination for a fantastic Christmas day.
Posted by Jstar