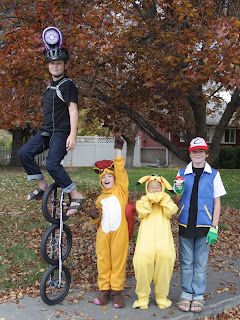 Our Pokemon Halloween is ready to go! We have Vulpix, Pikachu, Ash Ketchum, and a poke stop.

Ladies and gentlemen, we proudly present The Making of Halloween 2016:

Our house has been fairly Pokemon-heavy for the last few months. A daughter in upper elementary and a son in middle school who has a phone make us the definition of the target demographic for Pokemon Go and the entire Pokemon franchise. The Pokemon theme was an early decision.

We looked through pages of images of Gen 1 Pokemon to find critters that met our stringent qualifications of:
We decided on: 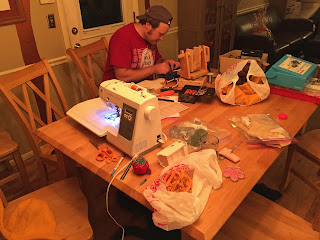 For weeks our dining room table has looked like this - some combination of fabric, sewing machine, solder, and LEDs. I think it's a happy sort of strange equilibrium state for us. 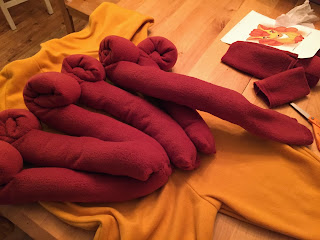 I attacked the Vulpix first because I was intimidated by the six tales situation. I think it turned out pretty well, except that Sasha can only sit if perched at the end of a chair. A small price to pay for fabulous. 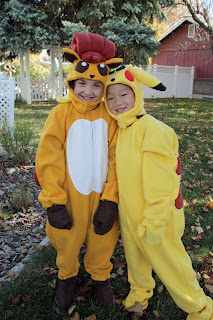 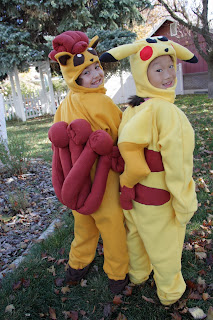 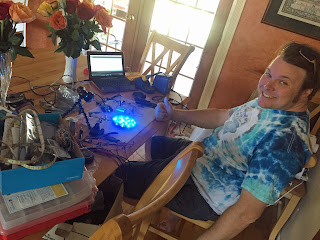 Step 4: Programming and lots of swearing

But the saga was not over, no, not by a longshot. There were still 217 LEDs to get moving into poke stop-like colors configurations, attached to a Raspberry Pi, strapped to a kid, and attached to a three-wheeled unicycle.


Here's a video of the poke stop during the daytime:

But it's all so much more spectacular at night with the rotating poke ball and transition from blue to magenta! 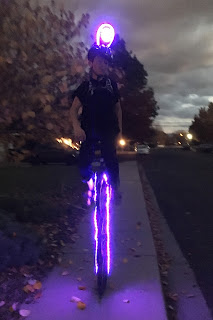 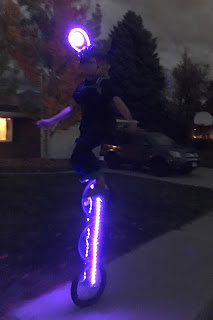 Our work here is done. And now there is only candy.
Posted by Jstar No comments: Links to this post 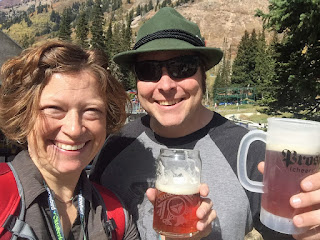 Last weekend we enjoyed a fabulous staycation up at the Snowbird Oktoberfest. It sure is amazing how a hotel room, a few beers, activity wristbands for the kids, and 24 hours away from home can transform a weekend into a vacation! 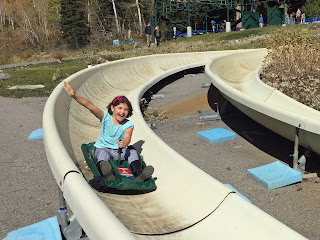 before we started riding Goldilocks at starting line i felt scared that we wouldn't going to be able to do 100miles.

the weather at Goldilocks was really rainy and cold we had to where two layers of coats. i rode with my grandma and the hardest part of the ride was this canyon that was pretty but it had some big hills. my favorite view was when we were riding by a field of flowers the funniest part of the bike ride was when a herd of cows were in the road and we had to get off are bike then get back on. when we finineshed the ride there were people cheering for us for example my dad [who is crazy] my sister and some strangers.