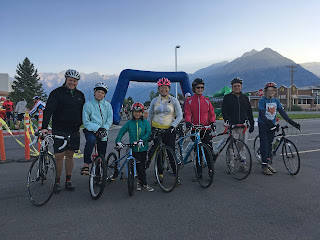 There are defining moments in life. Moments that push you to the limit. Choosing to win, at the risk of tossing your cookies. Pressuring your teenagers to acquiesce to wearing coordinating jerseys. Choosing that tenth donut. The difference between being crowned Donut Queen and going home merely exhausted and nauseated. 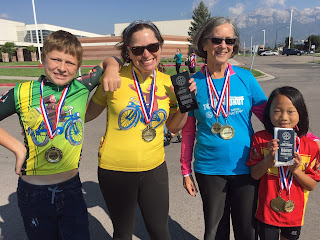 Here's WanYing's description of her day: 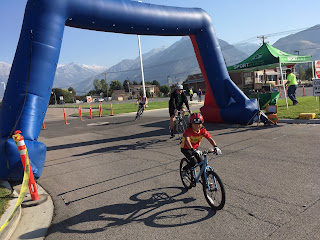 The Tour de Donut is a ride where there's three laps. Each of them are seven miles. And once you go once around you get to eat donuts and each donut you eat you get three minutes off.

And there's different age groups. One of them is ten years old and then there's another age group which is like to twentyish. And I rode in the younger than ten one. 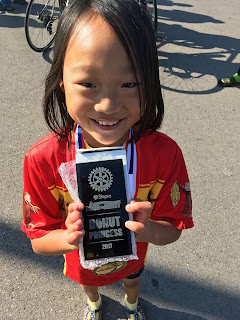 I ate four donuts, but I only had to go two laps because I was in the younger than ten group. And I was Princess of Eating Donuts for my age group. And I got second place in my age group for overall time.

It was hard because I to ride my own bike for fourteen miles. I felt good after the ride. And I would do it again.

I'll level with you - ten donuts pushed me to the brink.  But the fame, the glory, the commemorative plaque, and sharing the Donut Queen/Donut Princess plinth with my girl, well, that's a memory that no mere queasiness could ever sully.