I think that a year has to be the longest concert delay ever, but it was well worth the wait - last night we got to see U2! And the best part was sharing the experience with the boys. Well, the best part was having an amazing spot at a legendary show... but watching Ben bounce around ecstatically to "It's a Beautiful Day" was a close second. 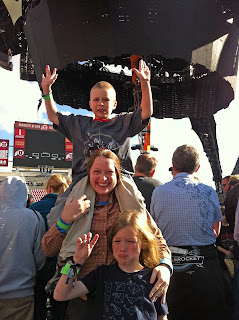 And how, exactly, did it come about that we attended a show last night with tickets dated June 3, 2010? Well, right before the Salt Lake City kickoff to U2's 360 tour last summer, Bono messed up his back preparing for the tour. They canceled the first few concerts of the tour, including our stop.

But all's well that ends well and we were so excited to finally use our tickets last night! I consider it a minor miracle that we successfully held on to 4 stubs of paper for 18 months - more proof that it was simply meant to be. 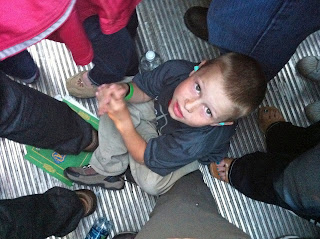 The boys definitely did not initially understand the epicness of the evening and spent the first couple of hours of the wait playing on our iPhones and trying not to get stepped on (the beauties of General Admission tickets). They feigned interest in the opener, The Fray, but I couldn't blame them for their lack of enthusiasm - not exactly an exciting band. 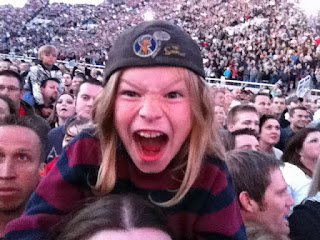 But then, finally, U2 came out and the stadium started rocking and then, my friends, then they got it. By the end of our time at the Rice Eckles Stadium, we were pressed up against the fence, 10 feet from Bono (the real beauty of General Admission tickets), screaming and singing and having a great time. 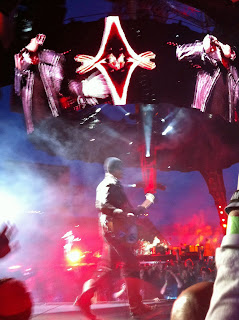 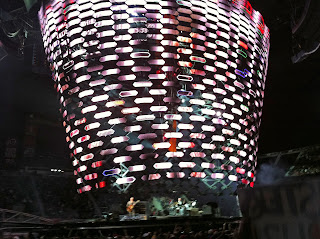 The concert was fantastic. Great music. Awesome stage. Fun crowd. Got to sing Happy Birthday to Bob Dylan with Bono and 50,000 other fans. And I got to share it all with my three favorite guys. 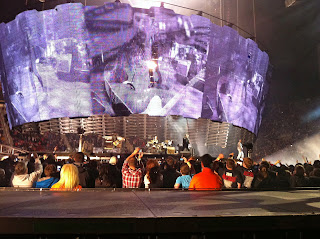 As we drove home, we asked the boys what they thought about the concert. Ben's exclamation summed it up perfectly: "Oh, I'm totally boasting about this to my friends tomorrow." 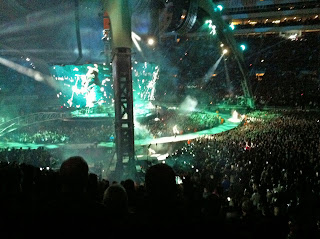 I'm not really sure how you can move farther up in the world when your first big concert event is U2. Sigh. They wore their $40 concert t's to school today with pride. It's good to know that we're raising our boys well.
Posted by Jstar

Oh!How!Cool! Mine got postponed to June 29th (Miami) But I won't be there as we're due to leave the UAE mid-July :(
U2 concerts are the best. I'm glad your boys got to experience that.

I love it, very much. My pride and joy will be when I get to take Micah to his first DMB show. Well done, Morningstars, well done.

What cool parents!! Rock on Morningstars!