Oh, it is so exciting to write this post - to finally know who are daughter is and to see her face and to know her Chinese name and to start to think about what we will name her when she is our own! 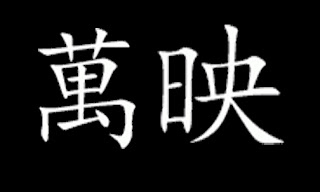 Like we planned before knowing that Wan Ying Ling was our Mei Mei, we really wanted to use Wan Ying's Chinese name in her Morningstar name. We are so excited that Wan Ying's name is pronounceable to American mouths (where Wan rhymes with fawn and Ying rhymes with ring). As a bonus, Wan Ying loosely translates to "many sparkles" :) We plan to keep Wan Ying's Chinese name as her first name just as we were blessed to keep Sasha's Russian name.

We will probably not include the surname Ling in Wan Ying's new name - it is the surname given to all girls in her Social Welfare Institute.

To try and remove confusion we think that we'll put the two characters of her name together and remove the space. That is, Wan Ying will become WanYing. In China, those two characters are the person's name, but in the U.S. we're worried that folks would think Wan is her first name and Ying her middle name, so we'll just put the two together to clear it up.

And we plan to give her an American middle name. Keeping with our Fruit of the Spirit/gifts of God theme, we're currently playing with middle names to see what we like...

All solid options to be sure, we'll keep you posted as we decide...

What fun to name our daughter!
Posted by Jstar

So glad to have found you all! Excited to be on this journey to our girls in ShangRoa City together!! She's beautiful!

Hi! Saw your blog on RQ and just had to leave a comment since we're practically neighbors!
We live just a few towns south of you!
Congrats on your beautiful new daughter. Our daughter was also from Jiangxi province and her special need was a cleft lip.
Feel free to contact us anytime! :)