Hooray hooray that it's time to write another "Naming our Daughter" post! Of course, it's incredibly premature to talk about names, but why would that stop an excited Mama from obsessing over it?

You may remember that for months and months, Sasha was "Sestra" (sister in Russian). Similarly, for now we have decided to call our new little one Mei Mei, which means little sister in Mandarin. Based on my exhaustive understanding of Mandarin (i.e. Googling "Sister in Chinese") it appears that there's no word for just plain old sister, so we settled on "little sister" (Mei Mei - pronounced "may may") since she'll be the little sister to most everybody and Sasha probably won't really care even if she ends up being Sasha's big sister that we called her "little sister" in a foreign language. Sasha's flexible like that. 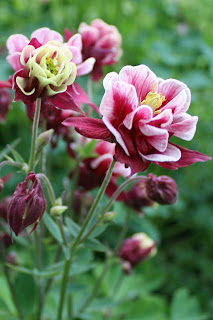 And once our Mei Mei is pared with an actual face and name? Well, it's hard to say. We really love that we chose to keep Sasha's birth name and would like to incorporate all or some of Mei Mei's birth name into her new Morningstar name. Of course, we may not know her birth name, she may have been named by orphanage staff... making the decisions all the more interesting. And it also gets tricky because sometimes Chinese names are hard to get American tongues around.

And, of course, we have "Rebecca" sitting in our back pockets, where it's been since we were pregnant with Sam. We love the name, love the history, love the symbolism of a woman coming out of a far-off place.

So, I guess that the answer with this paper pregnancy is the same as with the last - we really don't know! We really want to honor as much of Mei Mei's history as we can, while giving her a name that people in the U.S. will be able to pronounce and a one that we really latch onto as a family. We were so blessed by our Alexandra (both the name and the girl!) that we'll just trust that whatever Mei Mei's name ends up being, it will be just perfect for us and for her.
Posted by Jstar

you're adopting again!!! where have i been!! Congrats!!! You decided to follow in the Printy's footsteps? :)
Hey, I think Marla said ya'll will be at Disney in June? I am going to try to come up the 13th to see you guys. Leeza starts camp the 14th and we are going to Disney already June 8th and 9th but it's close by (90 minutes) and I'd love to meet you and your boys AND your Kaz cutie!! CONGRATS on Mei Mei!! any idea how long?