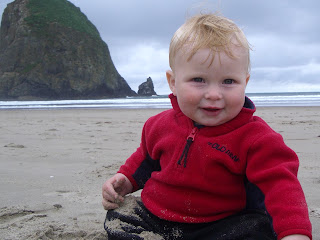 Today is Ben's 7th birthday. My baby boy is SEVEN and well on his way to being an extraordinary young man - kind and thoughtful and generous and funny. And handsome. And an astounding big brother (and a pretty dang fun little brother, too). Yep, this seven-year-old is one quality kid! 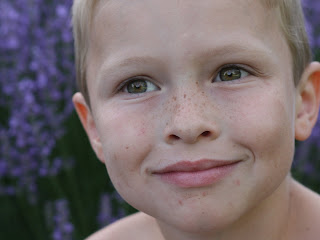 The celebration day started with donuts, chocolate milk, and and gifts, peaked with an Iron Man Water Party, and is concluding with an overdose of new video game playing. All-around fantastic. 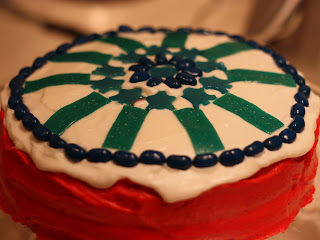 This year's party theme was Iron Man Water Party. So, of course, this begged the creation of an arc reactor cake. Strangely, I couldn't find any ideas for arc reactor cakes online, so I improvised. I find that pretty much any cake theme can be accomplished with Fruit Roll-ups and Jelly Bellies. And lots of food coloring for the icing. I was rather pleased with this year's cake, if I do say so.

Let the party begin! We had cake and ice cream at approximately-exactly 2:21 pm, the moment of Ben's birth. 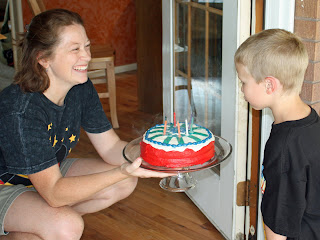 Sam managed to fill an entire treat bag with red Starburst and Tootsie Rolls... we may(?) have over-purchased for the pinata. 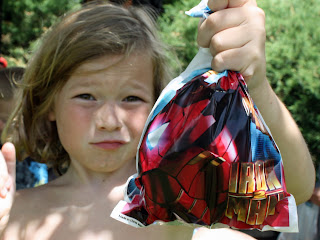 After the cake, pinata, and gifts, it was time to get water-battling! Sasha caught onto the idea of water balloons immediately. 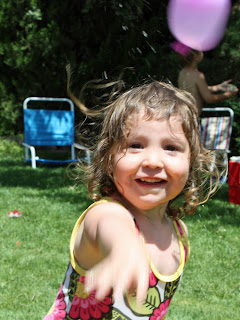 We started with a run-of-the-mill squirt gun fight... 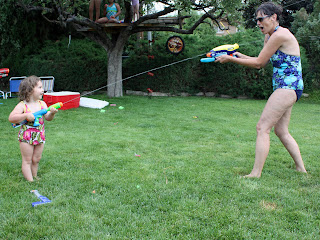 Then War Machine arrived! Iron Man's nemesis was extraordinarily well-equipped for the battle (Yes, Steve's hands shot water when he extended his arms. Yes, Steve invested way too much time in this contraption. Yes, it was amazing). 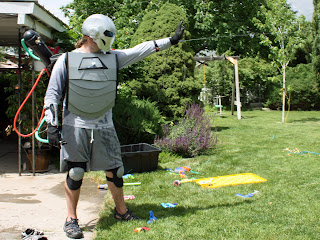 War Machine's riot gun was almost too much for the young warriors. 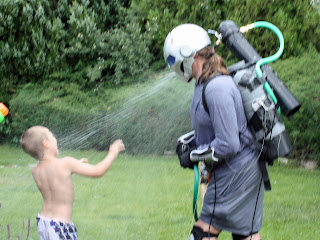 War Machine was a ferocious contender. There was much super-soakage. But in the end the younglings found War Machine's off switch and prevailed. 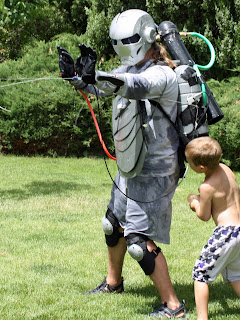 And there was much rejoicing and more candy and junk-food consumption. Victory! 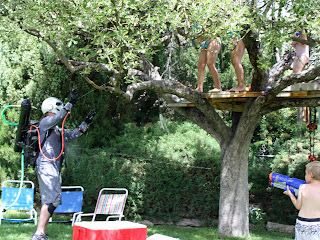 OHMYHECK!!! Please please can War Machine come to my birthday party too?? Actually, all future Powell parties would like to feature War Machine. We are in collective awe of Steve's creative and constructive genius. I think a blog featurette on all the crazy contraptions/costume's he's made is definitely in order!

Oh yeah, and that's one sweet cake Jamie!! (but did it squirt water?)