Did you know that Ewok paws are great for sliding down banisters? It's true! As Ben tried on the base of his Ewok costume (sans cowl) he discovered that fur paws make for an awesome ride down the stairs and insisted that I take these before, during, and after photos for the blog.

Before: Ewok Ben considers the tools of his trade 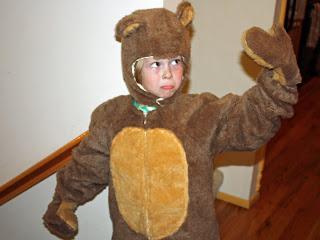 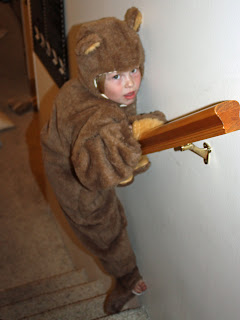 After: With his little sister cheering him on and his puppy attempting to devour his fur, Ewok Ben contemplates another slide down the stairs 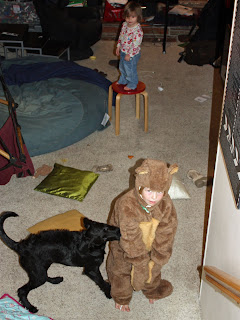 Fortunately, we have very sturdy stair railings.
Posted by Jstar