How Ponyo has Changed our Lives 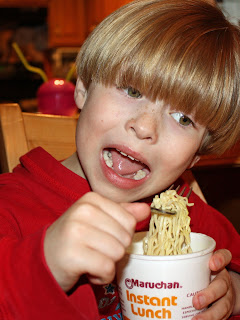 The Miyazaki movie Ponyo is taking the Morningstar home by storm, resulting in the following mealtime changes:

1. Sasha is completely obsessed with ham. Unlike Ponyo, she tries to eat it gracefully by spreading each deli slice on the table or plate and smoothing it out (plastering it to the surface) and patting it down before picking up the slice to consume it. Very odd. 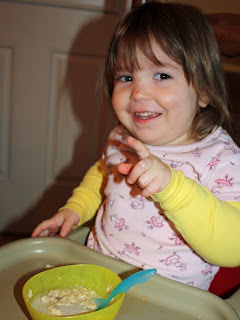 Sasha has started describing any food that is remotely warm as, "really really hot" (just like Ponyo does in the movie) which is adorable although a little frustrating because then she won't eat it until she blows on it for like 15 minutes. This also generally includes blowing with such gusto that she splatters her food all over her booster seat tray. It's hilarious to watch, though, as she puts her little finger into the air and instructs us in her magnanimous way that the food is "wewwy wewwy ot"
Posted by Jstar

Hey I cannot see another way to contact you but have a question for you about re adoption.