Return of the Legos

In the past month, Legos have experienced a dramatic resurgence in popularity in the Morningstar home. Not that we've ever been Lego-free, but it's been several year since the Christmas lists (and, subsequently, the tables and all other horizontal surfaces) were dominated by Lego kits. 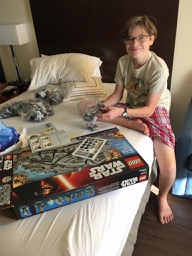 It all started when Sam decided to buy himself a brick-based souvenir from Disneyland: A new Millennium Falcon kit. 7-10 minutes later (ok, it may have been longer than that, but not by much) Sam had a brand new addition to his Lego Museum. 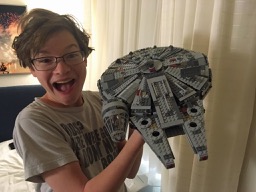 Man, I miss that old Lego Museum where we weren't allowed to enter Sam's room without paying admission (and thus funding an even more extensive collection). 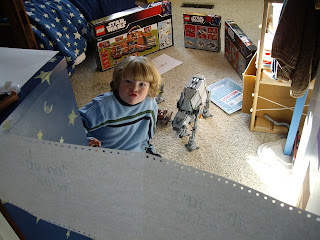 Also, note that Sam's facial expressions when celebrating new Lego acquisitions have not changed in the last 10 years: 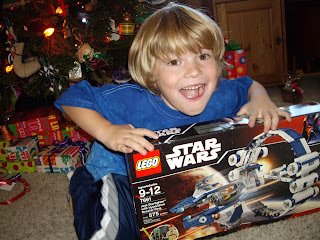 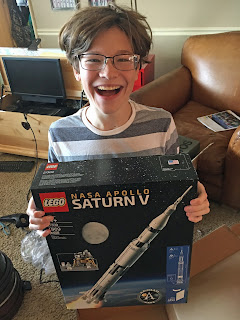 Anyway, the mania continued as Sam and both girls continued to invest their Christmas money into new Lego sets. It was so fun to see them gathered at the table, fighting over who got to put the stickers on, with the girls listening to their brother's careful instructions on assembly. I was a little sorry to be replaced as the master builder, but proud to pass on the torch. 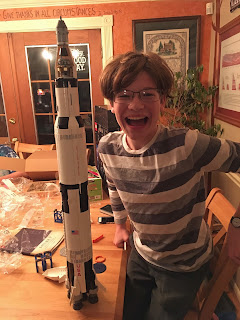 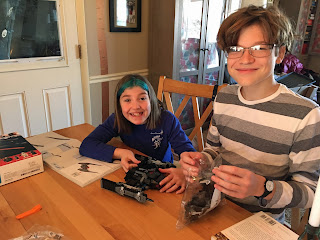 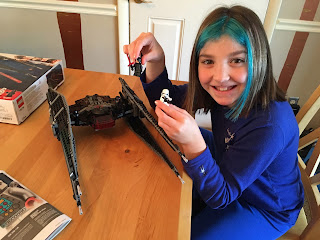