i was in a play. The play was A Midsummer Nights Dream I played flute witch if you've seen before you know that flute is in his own play. In witch he plays a woman. So by extenuation makes me play a woman so umm yea that was ...interesting to say the least so heres a picture of me in a dress. 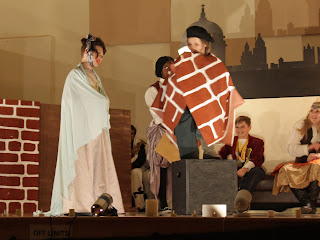