Last month Steve turned the big 4-0 and we decided that a birthday this big deserved a full fortnight of celebration! Ok, truth be told it was really just a great excuse to have a great time with each other, family, and friends. Here's the full listing of our Fortnight of Forty celebrations:

One can't embark upon a full two weeks of celebration without starting fresh, so we hit the "float spa" for a new adventure. It was... interesting. Basically, you float in a tank of water about 6-inches deep filled with 1,000 pounds of Epsom salts. You couldn't sink if you tried. For the first few minutes, all I could think is, "how can I have that many nicks in my cuticles, and how can they hurt that much?" but after a while I was able to relax into the experience. It was interesting to be in the darkness and stillness and silence for a full hour. Worth the experience; not sure I'd go back. But a good start to our celebrations! 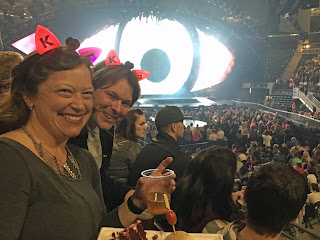 In stark contrast to experience 1, Katy Perry was loud, fun, and very, very entertaining. Steve even purchased a pair of Katy Cat ears for each of us, so we could fully immerse ourselves in the experience. Unsurprisingly, they were sized for tween girl heads. But we were committed to the look (you can understand why - we looked so good in them) and persevered. 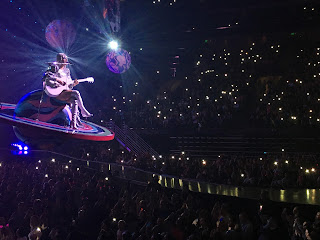 Our seats were amazing, the concert was amazing, and day two of celebration was a complete success.

The next day we hit Buca de Beppo and a movie with friends. It was great! Being that it was a major occasion, we even secured the Pope Table for the event. That's how you know it's a real party. 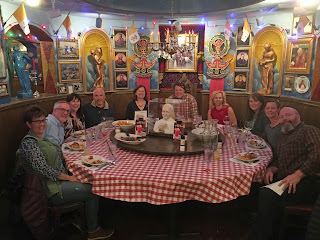 We had originally planned to go to Brewvies to see a movie, but they weren't showing anything we wanted to see, so instead we headed to the Broadway to see Ladybird. Admittedly, a movie about a teenage girl's coming-of-age was a bit odd for a 40th birthday party, but the movie was everything its 98% fresh rating promised and we thoroughly enjoyed it. 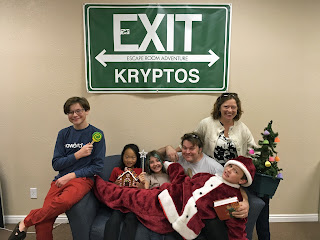 The day before Steve's birthday we hit the puzzle room for a festive Candyland breakout adventure. Never fear, we made it out, and with minimal hints at that! And as a bonus, there were enough parallel puzzles to keep all six of us entertained for most of the hour we were locked in. And for the rest of us, there were Santa costumes to play with. 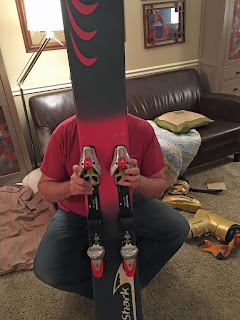 The next day was Steve's birthday proper. We celebrated with gifts (of course) including my coup de gras of gifts - Steve's very own monoboard! Unfortunately, the gift budget did not extend to a vintage 80's neon one-piece ski suit so if anybody is looking to get Steve a late birthday gift, there are plenty available on eBay!

There were other gifts (but, really, who can remember anything better than a monoboard?) and we headed out to Tucanos for all you can eat dinner. It was pretty much a dream birthday. 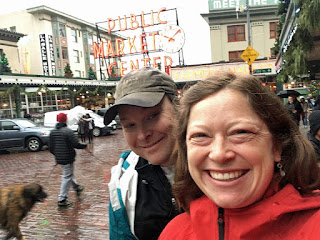 But wait, there's more! Thanks to fabulous grandparents who kept the house and children in one piece and mostly funded the trip, we were able to take a long weekend in Seattle! I travel to Seattle every other week for work and we were able to extend the trip over the weekend and enjoy the city together. We did a lot of walking, a lot of seafood eating, and a lot of just enjoying being together. 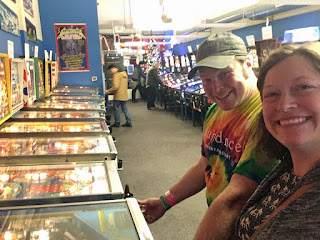 The Pinball Museum was definitely a highlight of the trip - it was soooo much fun. They had machines made in the early 1900s all the way though modern games, all in wonderful condition and all playable. We played for hours and had such a great time! 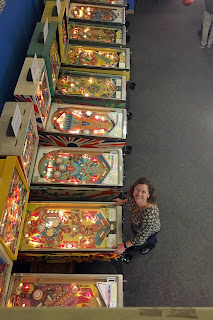 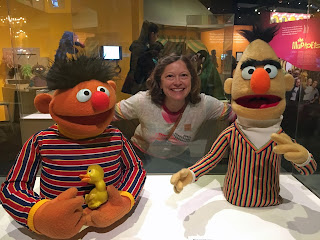 Another highlight was MoPOP (the museum of popular culture). The Jim Henson exhibit was our personal favorite, of course, but we enjoyed the whole museum and definitely appreciated having something fun to do indoors because (no surprise here) it rained for most of our visit. 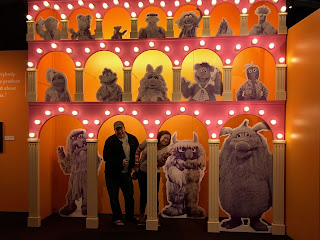 In the evening we walked to an independent theater and caught The Disaster Artist. It was such fun! Attending the opening weekend of a movie like that in a city like Seattle where everybody knows every inside joke in the movie was a total blast. And the movie was fantastic - a must see for every fan/hater of The Room. 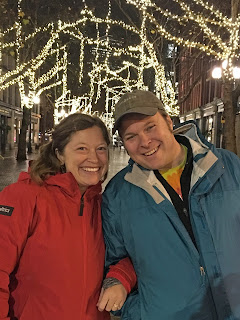 And with that, Steve's Fortnight of Forty was complete! And now we get to go on to planning for our 20th anniversary this summer! The celebrations keep on coming!
Posted by Jstar